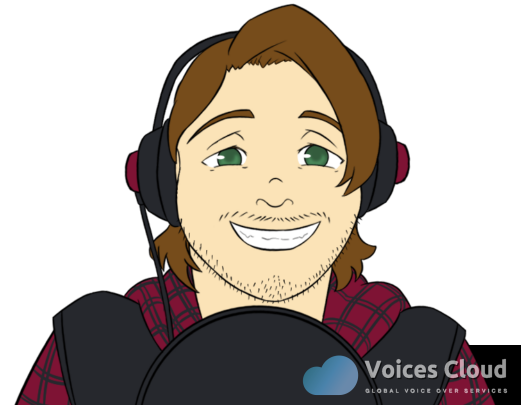 Kevin is a non-union, professionally-trained voice over artist
from the Mid-Atlantic area of the East-Coast, United States. His
interest in voice over work began as a child listening to voice over
pitches on the radio and to the voices of his favorite cartoon and video
game characters. Kevin would often mute the television and he and his
friends would improvise lines for the characters on television. Several
years later Kevin learned about the art of voice acting and saw the
opportunity to turn his childhood past-time into a fulfilling career.
Kevin’s voice offers a dynamic blend of youthful, inquisitive energy and
a warm, friendly compassion that can be adapted to a variety of reads
including but not limited to:
• Ads
• E-learning
• Audio-book Narrations
• Explainer videos
• Character voices
If you’re looking for an authentic voice for your next read then Kevin’s got you covered.R ates are dependent upon the voice over type and it's usage, Please feel free to contact with any questions.