Other Languages / Dutch Voice Over 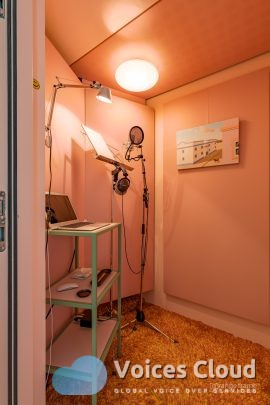 Stemacteur Ilari Hoevenaars, (that’s voice talent in Dutch), was raised by a Finnish mother and a Dutch father, blessing him with polyglot and linguistic dialect capabilities. Having worked on a cruise ship, lived in Germany and flown around the world for six years, Ilari’s passion for languages and adeptness for imitating extended dialects proved advantageous to his career.

Ilari, who first realized his talent for voice over at the age of twelve, used to recite his own audio plays on a tape recorder, read for an audience of neighbourhood children, for pages at a time without stopping or making a mistake. While traveling through Norway and England as a tour guide, coach passengers told Ilari that they loved hearing his voice over the intercom. When employed by Lufthansa German Airlines, passengers on those flights declared the same sentiment, praising his beautiful voice.

Years of narrating for his peers and reading for the blind prepared Ilari for a position as a newsreader for several national radio stations in Holland, and ultimately, a career in voice-overs. His disciplined work ethic and natural talents have brought his voice into every home in Holland and even into the ears of the Dutch King Willem-Alexander and Queen Máxima.

Ilari’s voice, no matter which language you are listening to him in, is incredibly natural, full, and elastic. His ability to speak in three languages enables him to record for multi-language telephone systems, a specialty service by all accounts.

Although Ilari’s voice is heard throughout Holland and beyond, his versatility often disguises his vocal identity, ensuring his success as one of Holland’s most popular and active voice talents. Ilari confides that because of his vocal anonymity, an aura of trust resonates from his voice, thus his ongoing triumphs in the Dutch market and abroad.

All round Dutch male voice talent, owning his own professional home studio, offering his voice to all kinds of audiovisual productions.

Send your script and information about the usage, and a custom price will be given.